Last February 6-8, 2019, we celebrated our annual National Conference at the Bellevue Hotel, Alabang. It was a festive celebration as we opened our conference with an incredible carnival themed party inspired by the movie The Greatest Showman. There were ballerinas, jugglers, and contortionist all over the venue. Different sound instruments were given per Segment and Department as we entered the ballroom to add to the happy mood.  Popcorn and cotton candy carts were also present to put the feel of a carnival place.  A Swahili (African language) version of the Lord’s Prayer/Our Father – BABA YETU was played complementing the atmosphere. It was a great way for the NMPC family to celebrate the year that was and look forward to the year ahead.

How to be agile? How to respond quickly to situations? How can we all be Agile Inspirit? These questions are to help us in achieving this year’s theme/battle cry – “Agility Inspirit.” Our dear COO, Mr. Cesar S. Cayas, made the opening remarks followed by the symbolic commitment sharing of all sales and marketing leaders revealing the total 2019 company target of P1.63B. He shared seven beautiful insights, one of which is how small things matter… that if you are able to make the little things right, you will be able to make big things better.

To be Agile of course means that we have a clear understanding of our personal and corporate objectives which is rooted in a clear understanding and acceptance of our corporate mission: “To Save the Lives and Improve the Health of Our People,” Dr. Francis Gomez, President and CEO said in his video message. He emphasized that no machine or artificial intelligence can replace our roles and functions in building and strengthening our relationships with our customers and business partners. 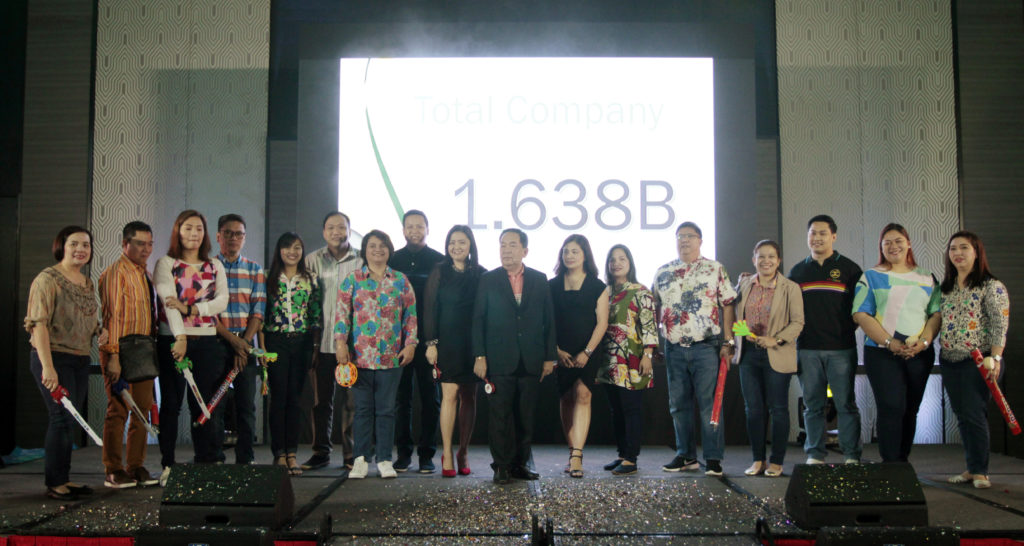 The sales and marketing leaders affirming their commitment to the total company target.

“the will to win is important but the preparations to win is more vital.”

This was followed by our motivational speaker, Mr.  Jeffrey “The Jet” Cariaso, who discussed how his positivity in life brought him to where he is now, and how disappointments made him a better person. He was surprisingly a very good and inspiring speaker leaving us with so many insights among which is “the will to win is important but the preparations to win is more vital.”  He emphasized the value of a medical specialist’s job in achieving the company’s mission.

The MDI representative gave updates as well.  Dr. Noel Espallardo shared the Sales and Marketing partnership programs while our HROD Director presented the Total Rewards Program which has made everyone realized the “treasures” that employees receive from the company.  Ms. Luz Parrenas, CFO, spoke last by giving out the CFO awards as well as briefly discussing the most applauded Retirement Benefits Plan.

We capped the first day of the event by acknowledging our achievers in our “Gabi ng Parangal” with the launch of NMPC VOICES rendering the Lupang Hinirang. The theme for the evening’s affair was “Modern Filipiniana.” Everyone was clad in their best attire but two people hit the high note in this area. The best-dressed awards were given to Angelica Salazar (Public Healthcare Segment) and Ronnie Quiniquini (Primary Healthcare Segment). The highlight of the evening was the awards for those in Sales. Several team members (Specialists, Team Managers, and Segment Head) were acknowledged. The most coveted Sales Star Specialist of the Year was awarded to Mr. Marvin Quicay from the Theranostic Contrast Media Segment. 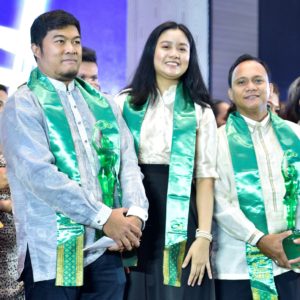 This is noteworthy as Marvin won the same accolade in 2010.  Members from the support group were also acknowledged for the efforts and contributions to the company. The Support Staff of the Year was awarded to Ms. Jenet Laxamana (MARD) and the Support Supervisor of the Year was awarded to Mr. Reonald Cajayon (HROD). The entire second and third day of the event were dedicated for learning and planning sessions.

Marketing programs were discussed and detailing drills were done to enhance knowledge and skills of the sales people.

Integration activity was held per Business Unit on the second night in three different venues of their choice. This is a much awaited night as attendees can freely come as they are. As an innovation to this regular integration night, Segments were enjoined to give out fun awards such as “Snooze Button Award” for a team member who often come late in assemblies. 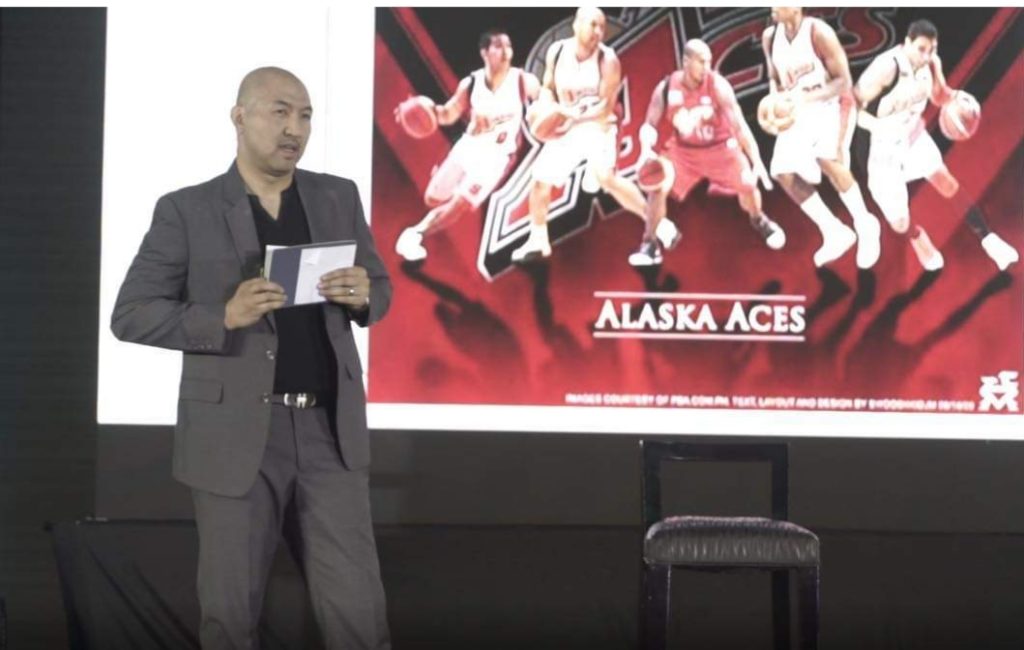 Work hard, play harder. As cliché as this sounds, it is actually expected from every organization that their team members would also know how to have fun. The company was divided into seven (7) groups for the Step Up Dance Battle with the Team Visayas winning again for the second time. The Support Group were equally good placing second and South GMA third. Individual dance showdown was also held with Nino Cabildo of Primary HC Cebu and Kristine Lastimosa of Primary HC GMA beating the other contestants.

Year 2018 gave us challenges that made us stronger. As we face 2019, let us all be like a deer – sure-footed, focused and agile. 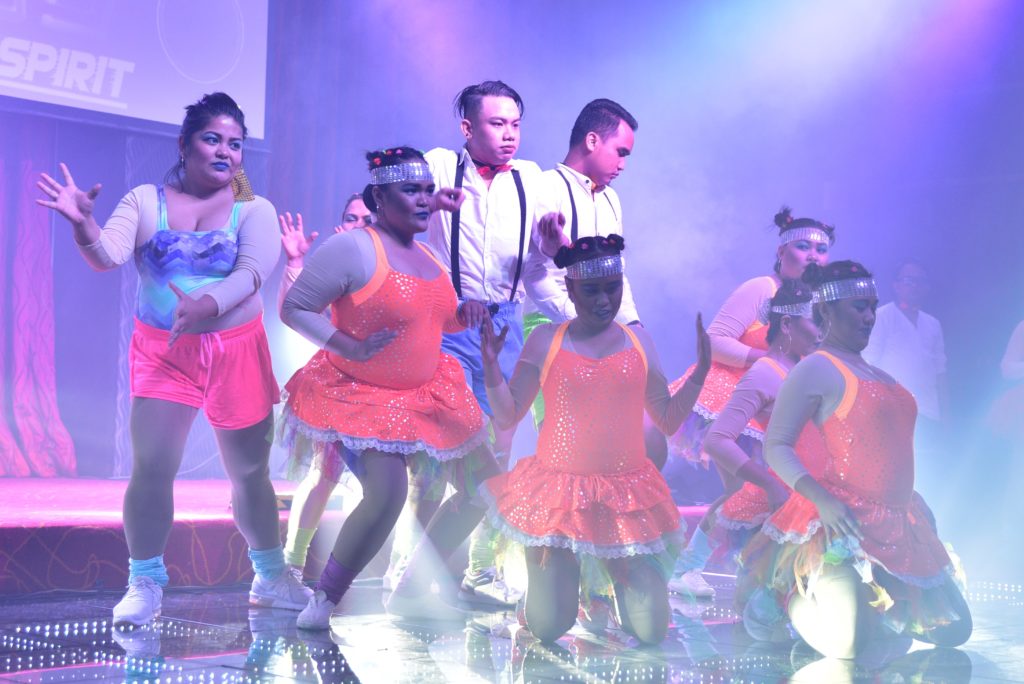 Step Up Dance Battle with the Team Visayas winning again for the second time.